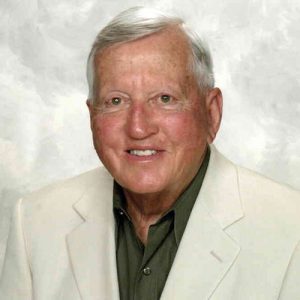 SOUTH BEND, Ind. – The Kruggel Lawton CPAs team is sad to say goodbye to our founder, Herman K. Kruggel, who passed away peacefully in his sleep on November 26, 2018, at the age of 90. He is now reunited with his wife Beverly, the love of his life and matriarch of Kruggel Lawton, whom he had missed deeply and was longing to see again.

Herm's legacy will forever be felt within the firm. Kruggel Lawton's core values and close relationships with clients were inspired by how Herm himself conducted business. He was a man of honor and integrity. His KL family will miss him greatly.

In lieu of flowers, memorial contributions may be made to the New Apostolic Church, 5602 S. Ironwood Road, South Bend, IN 46614.

Herman K. Kruggel was a 1945 graduate of John Adams High School in South Bend. He met his wife, Beverly, during high school and the two were married in 1949. Herm and Bev were inseparable, taking on the highs and lows of life as a team.

In order for Herm to pursue a college education, the couple found work that helped pay the bills and tuition. Herm secured a job at Gilbert’s, a men's clothing store that was an institution in South Bend and known as "THE" place for business people to shop. Gilbert's taught him how to interact with successful business people and not only how to sell things to them, but to sell himself as well. He also spent some time working at the Studebaker auto plant where he learned that, as noble as all hard work is, he didn't want to work in a factory his entire life. After witnessing first hand some of the inefficiencies that led to Studebaker's demise, he vowed to not let similar waste derail his future plans. Herm and Bev's efforts paid off and Herm graduated from the University of Notre Dame in 1951 with a Bachelor of Science degree in accounting.

Following graduation, Herm worked in public accounting and in industry as an accountant before striking out on his own as a sole proprietor, Herman K. Kruggel, CPA in 1956. Beverly joined him in this endeavor by handling the books for the firm, providing administrative assistance and, more importantly, moral support through those early years. In 1974, Herm went into partnership with Roy J. Lawton, CPA, a fellow Army veteran he had met while serving in the Korean War. Soon after the office became known as Kruggel, Lawton & Company.

Herm's clients would tell you that he was more than just their accountant. He was their friend. They trusted him to advise them on accounting, tax and business issues because of the personal relationship he built with them. And while he worked very hard, he also made time for fun and family. When his kids were growing up and playing a variety of sports year round, Herm never missed a game. He likely took care of his client responsibilities late into the evening but he was always there for his children. "Balance" is just one of Kruggel Lawton's core values that was inspired by Herm.

At the time of his retirement in 1995, Kruggel Lawton had built a strong foundation and reputation in the South Bend region. Today we are a firm of four offices (South Bend, Elkhart, St. Joseph, and Knoxville), 13 partners, nearly 100 total team members, and named as one of the top 300 accounting firms in the nation in 2018. We know Herm will be watching and cheering us on as we continue to make him proud.