Kruggel Lawton team members were excited to be a part of the St. Joseph County (SJC) United Way's 2014-2015 campaign kick-off event at Four Winds Field on Thursday, July 17. Hundreds of people were on hand for the event. Kruggel Lawton's managing partner, Barry "Hammerin" Hall, hit 'em out of the park in the Community Leader "Swing for Charity" competition. And Laura "Fireballer" Borton, accounting assistant, tried to add to Barry's "home run" score in the throwing contest. Team members who weren't out on the field were in the stands competing for this year's Spirit Award. It was a fun event for a great cause. 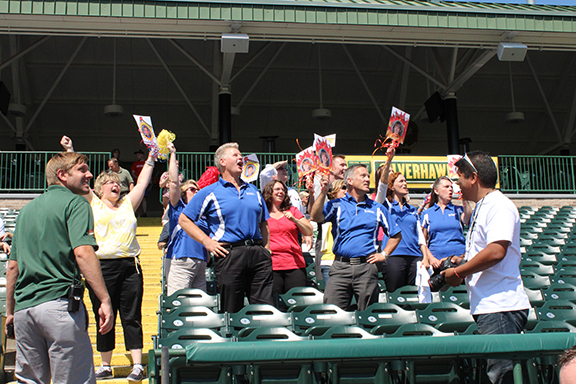 The Kruggel Lawton team in the stands. 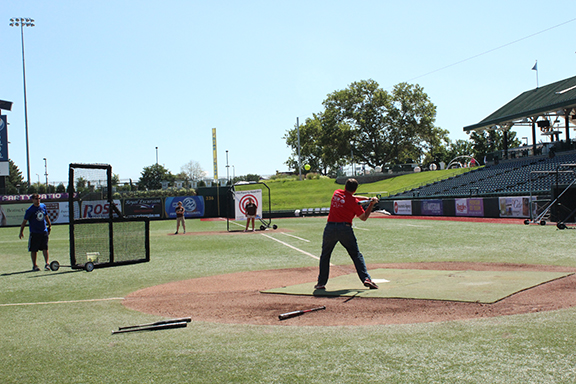 Barry Hall hitting what would be a "home run" ball. 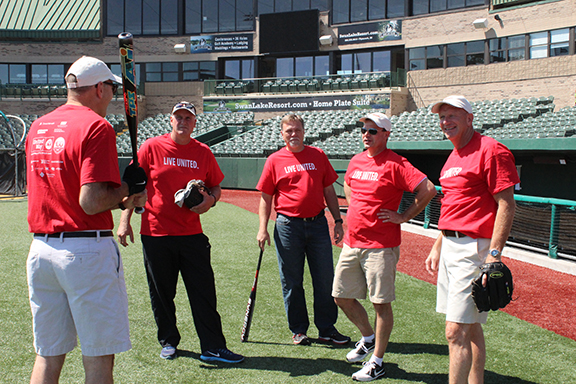 Barry sizing up his competition before the Home Run contest. 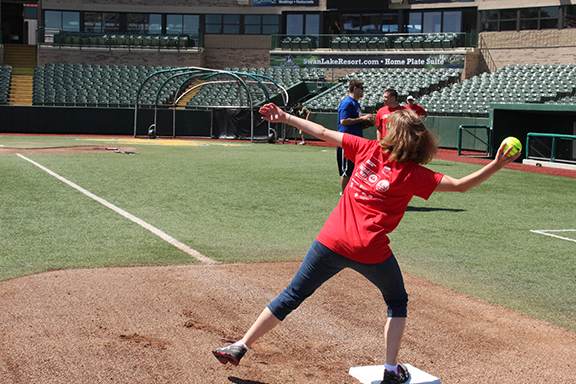 Laura Borton putting all her might into her magnificent throw. 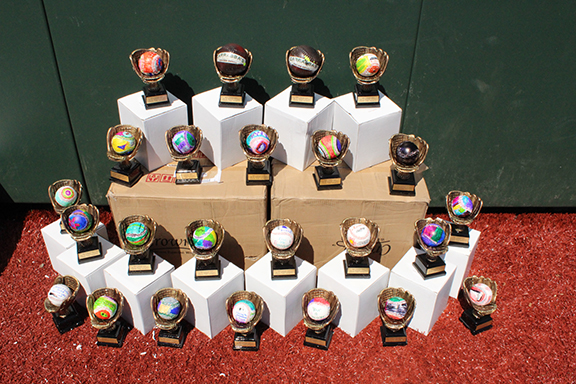 Trophies for the hitters and throwers.