Kruggel Lawton conducts this confidential survey of chief financial officers (CFOs) in for-profit companies in the Michiana region on a quarterly basis. The survey tracks changes in companies’ revenue, profitability, and employment levels compared to the same quarter during the prior year, along with CFOs’ perception of the business outlook for their companies. Survey respondents’ input on these four metrics is combined into the BBI to provide a barometer of the Michiana-area business climate.

CFOs from 42 Michiana-area companies participated in the third quarter survey. Compared to the prior quarter’s results, all but one of the four survey metrics decreased. The revenue, employment, and CFO outlook metrics decreased, with CFO outlook decreasing by nearly 7%. Profitability was the only metric which increased in the third quarter, up nearly 6% from the prior quarter. This marks the sixth consecutive year in which third quarter overall survey results declined from the second quarter, reflecting a seasonal pattern based on input from CFOs at participating companies.

“Third quarter 2016 Benchmark Business Index results seem to indicate that our private-sector economy in the Michiana region is treading water, particularly since the start of 2015,” said Terry Bush, a director at Kruggel Lawton. “The overall BBI has been below its highest levels in 2013-2014 for nearly two years now, and the dip in CFO optimism heading into the end of 2016 is a bit worrisome. However, a second straight quarterly increase in profitability is a welcome trend.”

If you are a CFO in a Michiana area for-profit business and would like to participate in this survey and receive results, please contact Terry Bush at tbush@klcpas.com or call 574-289-4011. 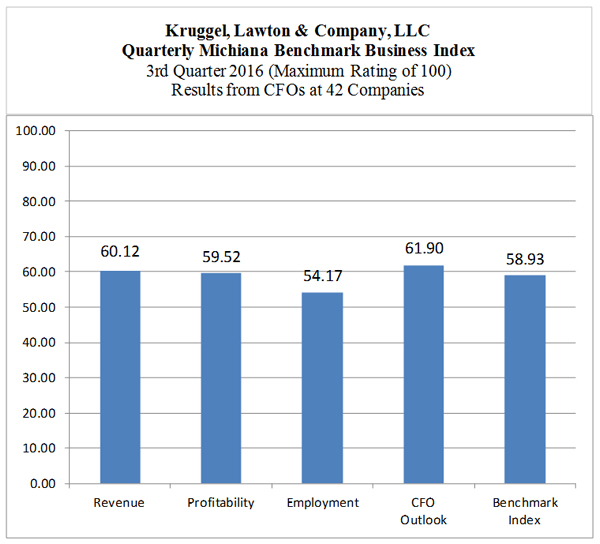 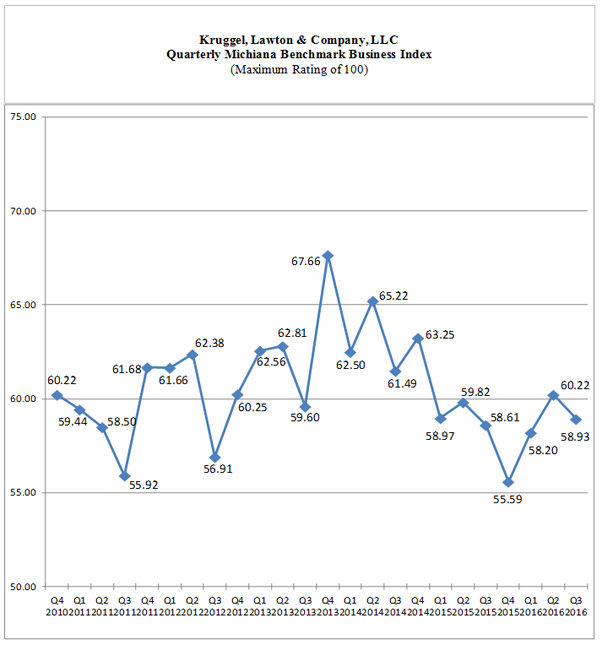 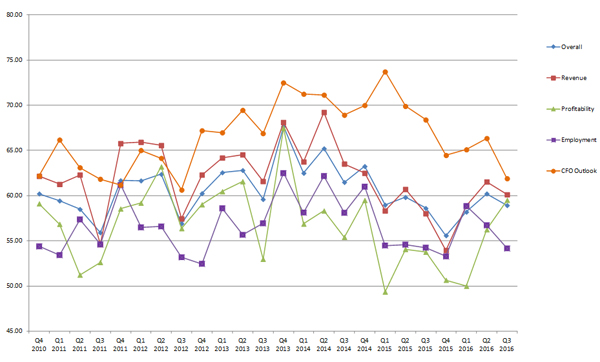